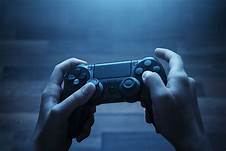 
Dofus is a high-paced MMORPG with a play formation that is turn-based with tactical combat platforms. The console is network-linked and players from around the world can explore the possibilities of joining up in the Incarnam realm. Adobe Flash was utilized in the development of Dofus so it can be accessed as a downloadable client or as a browser game.

• The game offers an excursion into a scenery- World of Twelve-with its lush landscapes, vast territory, many treasures and gloomy moors.

• Different classes are available such as the fearless warrior, Treasure hunter, voodoo dolls summoner and others.

• Every player can perform their actions as they take their turns and also gain insight from watching the monsters and other players unravel. Players are free to bond together in groups of 8 players or less and launch attacks on the vile monsters.

• Dofus operates a calendar with each month unveiling a protector with an overriding character for the whole month along with its weather and line-up of events for players to engage in.

Ankama Games released Dofus in September 2005 as a fantasy world of game play. With over 4 million players’ account created since its inception, the game is a worldwide phenomenon.

Although it is a pay and play game with monthly subscription requirements, it give players with no subscription unlimited access to opening zone found in Incarnam, the Astrub village as well as surrounding precincts.

Dofus file reaches over 200 MB in total file size while the game client measures at a simple 3 MB size. To create an account comes simple and on a single page, that process can be initiated and completed.

On the server side, selection is viewed as more complicated with server lists configured for separate regions. There are localized versions that play in Dutch, Portuguese, Danish, Spanish and French

North American players will be on the English Language server with five entry nodes that fit into heroic, classic and tournament designs. For first time players, Dofus will unfailingly and without prompt, point you to the classic server. Creating characters is fun and impressive for this 2D online game.

The Word of the twelve represents the classes to make a pick and each has its individual avatar. As an animated game, the designs that accompany the characters can be viewed as goofy but it is a perfect fit for the ambiance of the game.

You are at liberty to be a cat girl, elf, pixie, treefolk, granny and other peculiar dictates. To customize an appearance, you are limited by gender options and colors that you choose to assume for your skin, trimming and clothes.