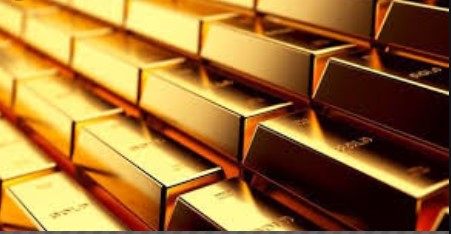 We have our middling economy to thank for the rise of gold and precious metals investments. With plenty of people expecting the market to crash sometime soon, many are hedging their bets by investing in gold, usually following the saying that gold value goes up as stocks go down.
In some cases, these investments are being made as part of an IRA with the goal of having some long-term hedge against inflation. The IRS allows you to keep gold and precious metals in your IRA, after all, and many consider it a less volatile investment than the stock or real estate market.
But what exactly is allowed in a precious metals IRA? Can you put your grandmother’s engagement ring in it? What about mercury? It’s a precious metal, after all, can you stash it in your IRA?
Turns out, there are rules that severely limit what can go in them.

Precious metals: Only four of them are allowed

Here’s the first rule: You can’t put any random metal in them. You can’t put gems in them either, as only precious metals (and only things made exclusively of them) are allowed. In the US, the IRS allows only four types of metal in IRA funds, and even then, only on specific presentations. These metals, and their allowed presentations, go as follows:

Naturally, this one leads the list. Gold is the precious metal by excellence and the first thing people think of when looking at these IRAs.
Any gold placed on an IRA must be at least 99,5% pure and have NYMEX or COMEX approval. Beyond this, only the following presentations are allowed:
Other than these, bullion bars are naturally accepted as long as they meet the purity requirement and come from a COMEX or NYMEX-approved refinery.
Any other Gold pieces you might have, no matter the presentation or value, are NOT allowed as part of your IRA.

Just like gold, silver is a popular investment choice. It’s a common enough metal that people know of it (and even own pieces of it,) yet precious enough that its value tends to be stable.
As with gold, silver pieces for IRAs must meet a minimum 99,5% purity and have NYMEX/COMEX approval. The allowed presentations are:
Silver bullion bars are naturally also accepted as long as they meet the previously established requirements.

A less common metal that can nonetheless be added to your IRA. Platinum isn’t as usually heard about, yet some IRA investors greatly prefer it over gold and silver.
As with the previous metals, any platinum in your IRA must be 99,5% pure and have NYMEX/COMEX approval. You can store the following platinum coins in your IRA:
Platinum bars and rounds are also accepted as long as they meet the previously established requirements.

The rarer metal of the lot, palladium doesn’t enjoy the popularity the three other metals have. Still, it can be profitable to invest in it even if the IRS will only accept a couple of presentations for the metal. These are:
On top of that, you can store palladium bars or rounds as long as they’re 99,5% pure or more and produced by a NYMEX/COMEX approved refinery or mint.
Conclusion
You should have no issues getting the right portfolio mix for your Gold IRA if you use the services of an accredited dealer.
Labels: gold IRA world